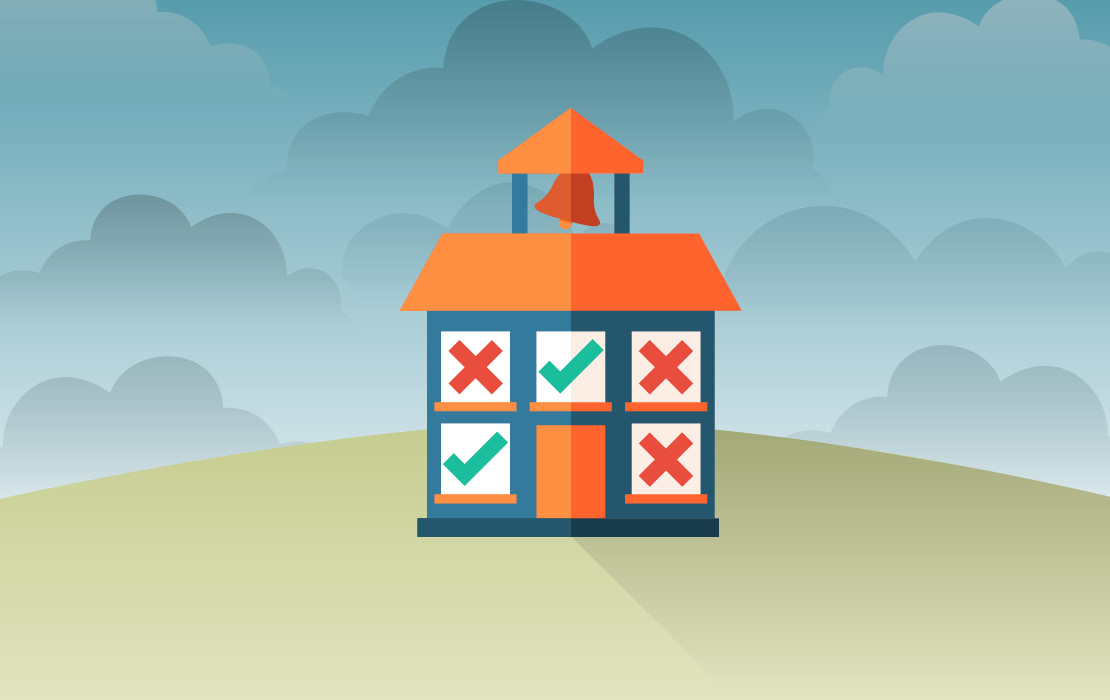 The voucher push in Texas has been a decades-long battle, but to date, none of these initiatives has passed—despite staunch philosophical and financial support from statewide elected officials and various PACs.

ATPE has long opposed vouchers under our member-written-and-approved legislative program. In addition to conventional vouchers, ATPE opposes any initiative that would direct public funds to private, home, or for-profit virtual schools.

The politicization of education, which has reached a fever pitch as of late, has voucher proponents ready to strike yet again.

The Heritage Foundation explicitly points to political strife as an opportunity to push vouchers, stating the culture war “could be extremely helpful for promoting education scholarship accounts, tax credit scholarships, and school vouchers … School choice advocates … should not squander the opportunity to use it.”

Voucher proponents have not squandered the opportunity, spending millions on Texas candidates this election year and—as ATPE Governmental Relations Director Jennifer Mitchell told Houston Public Media in October—using culture and curriculum debates to garner support for privatization. During a virtual discussion with pastors from around Texas in September 2022, Lt. Gov. Dan Patrick stated: “After COVID and after [critical race theory] and after pornographic books in libraries, parents deserve choices.”

Texas’ battle with vouchers has not been fought along party lines. Historically, Democrats and rural Republicans in the Legislature have banded together to block vouchers from passing. In the 2021 legislative session, the majority-Republican Texas

With Texas home to more rural students than any other state, siphoning funds out of public schools means rural areas would suffer the most if a voucher program were passed. Private school options are few and far between in rural Texas. According to the Texas Private School Accreditation Commission (TEPSAC), nearly 60% of Texas’ 254 counties do not have an accredited private school.

As Rep. Drew Darby (R-San Angelo) tells The Texas Tribune: Independent school districts are the lifeblood of the communities in his West Texas district. Aware of the skepticism, Patrick is already signaling to rural lawmakers that his 2023 voucher proposal will focus on urban areas only, but that won’t eliminate the many problems associated with using public funds for private schools.

More important than the question of availability of non-public school options is the question of quality. Around the U.S., schools that participate in voucher programs vary in degrees of accountability. For example, in Maine, a private school whose enrollment of publicly funded students falls below 60% is not required to administer a state assessment. In Georgia and Florida, state assessments are not required except upon parental request. In Mississippi, schools participating in a voucher program must only provide parents an annual update of a student’s progress.

Overall, voucher programs have not proven to be of significant benefit to learning outcomes. In fact, studies found achievement loss in Louisiana, Indiana, Ohio, and Washington, D.C.

Vouchers have also opened the door to financial malfeasance. In Milwaukee, nearly half of the city’s private voucher schools operating between 1991 and 2015 have closed either voluntarily or  due to regulatory action. In 2005, the Milwaukee Journal-Sentinel investigated a number of voucher-funded schools, 15 years after voucher legislation was passed in Wisconsin.

Their report revealed several troubling issues. The founder of Mandella Academy for Science and Math cashed $330,000 in tuition checks received for over 200 no-show students and purchased two luxury vehicles.

At Milwaukee’s Harambee Community School, a former financial officer was charged with embezzling $750,000. Teachers’ paychecks bounced, and staff turned over at an alarming rate. A longtime school board member withdrew his own son from the school.

Both schools have since shut down.

A 2016 performance audit on Arizona’s Empowerment Scholarship Accounts Program identified a number of cases in which scholarship payments were cashed by parents who then enrolled their children in public schools.

The complexities of vouchers are many, and proponents with a vested interest—morally, financially, or both—often shroud the concept under the cloak of “school choice.”

The choices parents and students have in the public school system far outweigh those offered in private schools. Because TEA has no oversight over the private school system, these schools are exempt from the requirements outlined in the Texas Education Code, which enumerates parents’ rights regarding complaints, assessments, exemption of instruction, review of curriculum, and more.

On the other hand, in private schools, what does “choice” entail?

Ironically, it’s the schools, not parents, that have the upper hand because they are not bound to the same regulations as public schools. In other words, taxpayers would be on the hook for financing schools that have no accountability to them in terms of quality, equity, and fiscal responsibility.

In a May 2022 interview with KXAN News, ATPE Lobbyist Mark Wiggins pointed out just a few examples: “Parents would surrender the right to run their child’s school through an elected school board, the right to view curriculum, the right to demand open records, the right to accountability scores, not to mention federal rights for a disabled child.”

Students with special needs are especially vulnerable without the protections afforded to them by public education. Private schools are not subject to the Individuals with Disabilities Education Act (IDEA), which requires schools to provide services necessary for a child to receive a free appropriate public education (FAPE). Private schools that do not receive federal funding are also not covered under Section 504, which protects qualified individuals from disability-based discrimination.

Because religious institutions are exempt from the Americans with Disabilities Act (ADA), religious private schools are not required to provide accommodations so long as they do not receive federal funding.

This lack of protection and services can lead either to a student being “counseled out” or unenrolled from the school, or the parent may opt to reenroll the child in public school when it becomes apparent their child is not receiving the support they need.

The money follows the student … or does it?

In May 2022, Gov. Greg Abbott touted school choice at a campaign rally in San Antonio, promising that such initiatives would have the money follow the student. It’s not that simple.

Not only would individual students and their parents suffer, but also public education as a whole would lose out. Most school funding is issued on a per-pupil basis, so every student who leaves the public school system negatively impacts a district’s revenue for operations, facilities, personnel, etc., as those costs do not decline in proportion to the decrease in enrollment.

So who benefits from vouchers, other than those with a vested financial interest? It’s suggested the wealthy would benefit the most.

In states with voucher programs, the majority offer vouchers in the amount of a private school’s tuition or the state’s per-pupil funding amount, whichever is less. In Texas, the latest figure for base funding is $6,160 per student. However, average tuition for private schools ranges from $9,000–$11,000. Parents would be responsible for the remainder, and that may not include transportation, food, textbooks, technology, or other services otherwise provided by public schools. In other words, sending your children to private school, even with a voucher, would still require significant financial means.

Furthermore, Texans could see a significant hike in property taxes. In Wisconsin, the cost of vouchers has increased sixfold since 2015-16, starting at $21.4 million and ballooning to $144 million for 2021–22. More troubling is the lack of transparency in allocation. In an effort to give Wisconsinites a better understanding of how their taxes are being used to fund the state’s voucher programs, lawmakers have tried passing legislation requiring an outline of voucher line items without success.

If not vouchers, then what?

During the aforementioned campaign rally, Abbott also stated that he was for “fully funding our kids’ classrooms and fully supporting parents, teachers, and students,” but he did not elaborate on how that would be accomplished. Texas’ K-12 population is second in the nation behind California, but the state ranks 39th in per-pupil funding even after a significant budget increase in 2019.

One thing is clear: Instead of diverting taxpayer funds from an already-underfunded public education system, it’s time to focus on what can be done to ensure successful outcomes for Texas schoolchildren. This means addressing educator recruitment and retention in a meaningful way, which is especially crucial given the mass exodus of teachers statewide. It also means improving the school finance system so districts can attain the resources necessary to serve all students equitably.

Despite the multitude of failures already seen with vouchers, the push continues in Texas and beyond.

Earlier this year, the Wisconsin Legislature passed a slate of anti-public education bills, including the dissolution of Milwaukee Public Schools, creation of a “Parental Bill of Rights,” and voucher expansion with a potential tax burden of half a billion dollars. Gov. Tony Evers, a former educator and administrator, vetoed the bills.

In October, Arizona voters failed to block the expansion of a controversial voucher program after a petition fell short of the number of signatures required to put the program to a voter referendum. As of 2021, Arizona was ranked last in school funding. The state department of education reported 75% of voucher applications this year were for children who already attend private schools.

Voucher funding in Florida has outpaced public school funding and nearly tripled in the past three years, from $326 million in 2019 to an estimated $1.3 billion for the 2022–23 school year. In Leon County, voucher expenditures have increased 540% from the 2019–20 school year to the current academic year.

Back in Texas, a voucher scheme was discovered and reported by Texas Monthly in October. The article revealed the Wimberley ISD superintendent had been approached regarding a potential partnership that would create a charter school on paper but in practice take taxpayer dollars to send students to private schools around the state. Although the students of this new charter “campus” would be counted as Wimberley ISD students, the tax dollars received for their attendance would be sent to the schools they physically attended.

With Abbott and Patrick’s reelection, vouchers could very well become a reality in 2023 without exploiting loopholes in the system. Abbott has promised to sign any school choice legislation that reaches his desk. The Patrick-led Senate is almost certain to pass a voucher bill as it has done in prior sessions, but will there be enough opposition in the Texas House to keep vouchers away?

As educators, it is our responsibility to secure our futures and those of our schoolchildren by speaking out to our elected officials and voicing our opposition to these damaging initiatives. One of ATPE’s five legislative priorities heading into the 88th Texas Legislature in January is preventing the passage of a voucher plan.

ATPE members interested in meeting their elected officials to discuss the association’s legislative priorities are encouraged to attend ATPE at the Capitol in Austin Feb. 20–21, 2023. ATPE also has a wealth of resources on Advocacy Central and TeachtheVote.org to help you get in touch with your elected officials and see where they stand on the issues.

Learn more about vouchers in the U.S. by visiting this interactive data visualization: atpe.org/vouchers-by-the-numbers.